Oluremi Tinubu, the senator representing Lagos Central, has petitioned the leaderships of the All Progressives Congress and the Senate over her clash, last week, with Dino Melaye, who represents Kogi West. 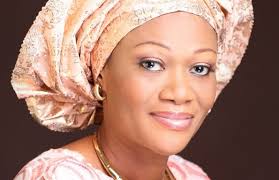 The petition followed an earlier letter to the acting Inspector of Police, Ibrahim Idris, in which she asked for “adequate security” for fear Mr. Melaye might kill her.

The two senators, who are members of the ruling APC, clashed during a Senate closed-door session last Tuesday.

“I was duly recognized to speak by the Senate President, after Senator Dino Melaye had spoken and berated some Senate colleagues over their perceived roles in the judicial case involving the Senate leadership,” she wrote in the letter to Mr. Oyegun.

“Although I remained silent and attempted no interjection during his statement, Senator Dino Melaye tried to abridge my right as a Senator by hectoring at me and interrupting my contribution. At one point, I cautioned him about the use of his language and the threats made, reminding him other Senators were there with equal right as he and represented their constituents.

“In a burst of apparent rage, Senator Melaye charged at me in what can only be seen as effort to attack me. The attack was only prevented by some respectful Senators who moved to impede his path or otherwise block him from approaching closer towards me. I thank those Senators for their personal courage and sense of decorum. Senator Melaye hurled foul and vulgar language at me. What he said should never be heard in any public institution let alone the floor of the Senate. Denigrating me as a woman, Senator Melaye threatened to beat me on the floor of the Senate just because I dared to express my opinion different from his.

SS2 student stabbed to death during a football match in Lagos

How to Break Bad Speech Habits

5 Wise Investment Tips for Men in their Twenties

6 Questions to Answer if You Want to Get a Promotion

30 Questions You Must Ask Your Spouse Before Getting Married