You may not know it or feel it, but you’re losing hair all the time — an estimated 100 strands of hair from the 100,000 or so strands in your scalp every day.

About 90 percent of the hair on your head is growing at any given time, in a growth phase that lasts as long as six years. The other 10 percent is in a resting phase that lasts a few months, and at the end of that phase the hair is shed. A new hair then grows from the same follicle to replace lost hair, renewing the growing cycle. Hair grows about half an inch a month, but that rate of growth slows as people age.

Baldness occurs when certain factors interfere with this natural process of hair loss and replacement, preventing new hair from growing and replacing hair that has fallen out.

Factors That Cause Male Hair Loss

Hair loss is a fairly common sign of aging among men. About a quarter of men begin to go bald by the time they’re 30, and about two-thirds are either bald or well on their way to baldness by 60. Genetics, nutritional deficiency, drug side effects, or even stress caused by illness may play a role in hair loss:

Genetics: More than 95 percent of hair loss in men is caused by androgenetic alopecia, also known as male pattern baldness. Men undergoing typical male pattern baldness have a receding hairline and find their hair thinning around the crown, eventually culminating in a bald spot. Many men ultimately end up with a ring of hair around the sides and back of their heads.

ALSO READ  6 Everyday Habits That are Risky to Your Health

Male pattern baldness is considered a genetic condition, inherited from either the mother or the father’s side of the family. However, male pattern baldness also requires the presence of the male hormone testosterone. Genetics cause hair follicles to become sensitive to dihydrotestosterone, or DHT, a byproduct of testosterone. The follicles begin to grow smaller and their life span shorter, eventually falling out altogether or leaving behind fuzz.

Telogen effluvium: The resting stage of the hair growth cycle is known as telogen. A telogen effluvium occurs when a shock to the system causes hair roots to be pushed prematurely into the resting state. As many as 70 percent of scalp hairs are then shed in large numbers, usually about two months after the initial event. While hair falling out by the handful can upset anyone, telogen effluvium normally resolves itself within a few months and the hair eventually grows back. Hair loss through telogen effluvium can be caused by:

Alopecia areata: This rare form of hair loss is thought to be an autoimmune disorder in which antibodies attack the hair follicles. You may be in good health in all other respect, yet start finding smooth, round patches of exposed scalp; these can be roughly the size of a coin or larger. In some cases, these patches progress to total scalp and body hair loss. Alopecia areata is cyclical, meaning hair can grow back or fall out again at any time. 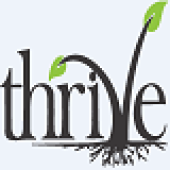 Healthy Eating for an Active Lifestyle